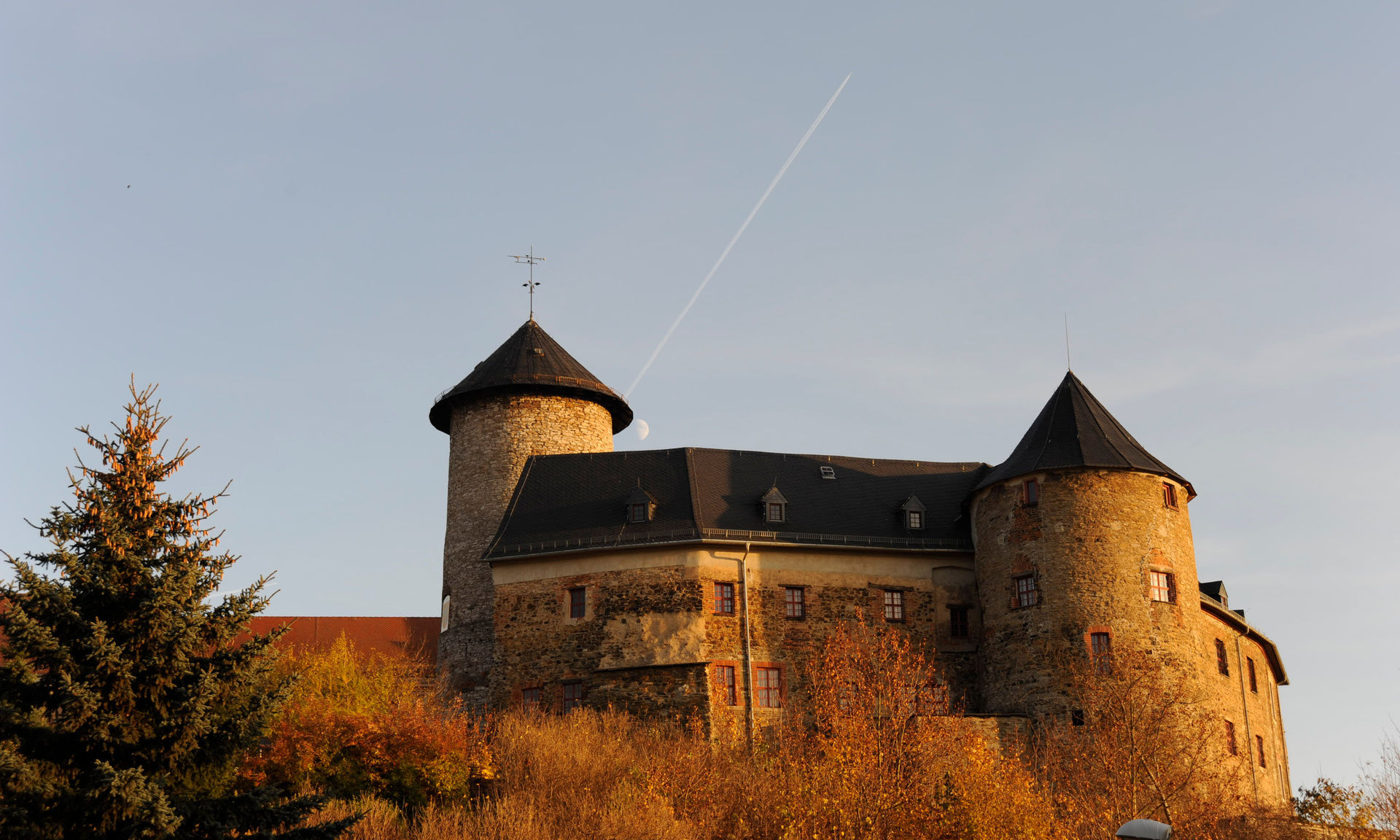 Medieval structures are just as present as buildings from the Renaissance and Baroque periods. Former seats of the nobility in particular house museum presentations that are really worth seeing.

The castle was probably founded with the keep and defensive wall by the reeves of Straßberg around 1200, but it is only documented for the first time officially in 1249 by a Mr von Voigtsberg. Over the course of time the construction was expanded by building the St. Georges chapel, the great hall and the round towers. The historical outer bailey on Voigtsberg Castle that you can walk around is a real experience.

In the old part of the castle the Princes’ Hall, St. Georges chapel with sacral works of art and the Schlösserstube parlour with its Early Baroque wooden beamed ceiling and wall frescoes impress visitors. The original clay ceiling can still be admired in the Knights’ Hall today.

The castle is approx. 47 km away from Zwickau.

You can reach Wildenfels Castle in just 15 minutes by car. Perched on a rocky spur above the town of Wildenfels, the castle towers with its white façade that glows above the green treetops even from afar. Thanks to its many cultural treasures, the castle has also developed into a national attraction at the foot of the Erzgebirge mountains. These include the castle gallery, banqueting hall, wedding room, former count’s library and various museum rooms.

“The sons of the master” - one of the most famous works by the former court painter Christian Leberecht Vogel and the loan from one of the court painter’s descendants of the “Children’s double portrait” also enrich the permanent exhibition.

Another highlight is the “Blue Salon”, which was named after its wall decoration of precious blue silk tapestries from the early 18th century.

back to page: Zwickau & the surrounding area
« Sporty and active
Out and about with the family »
waiting

The shortest way to us 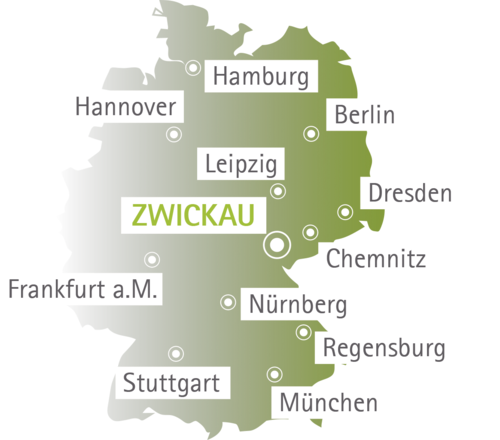