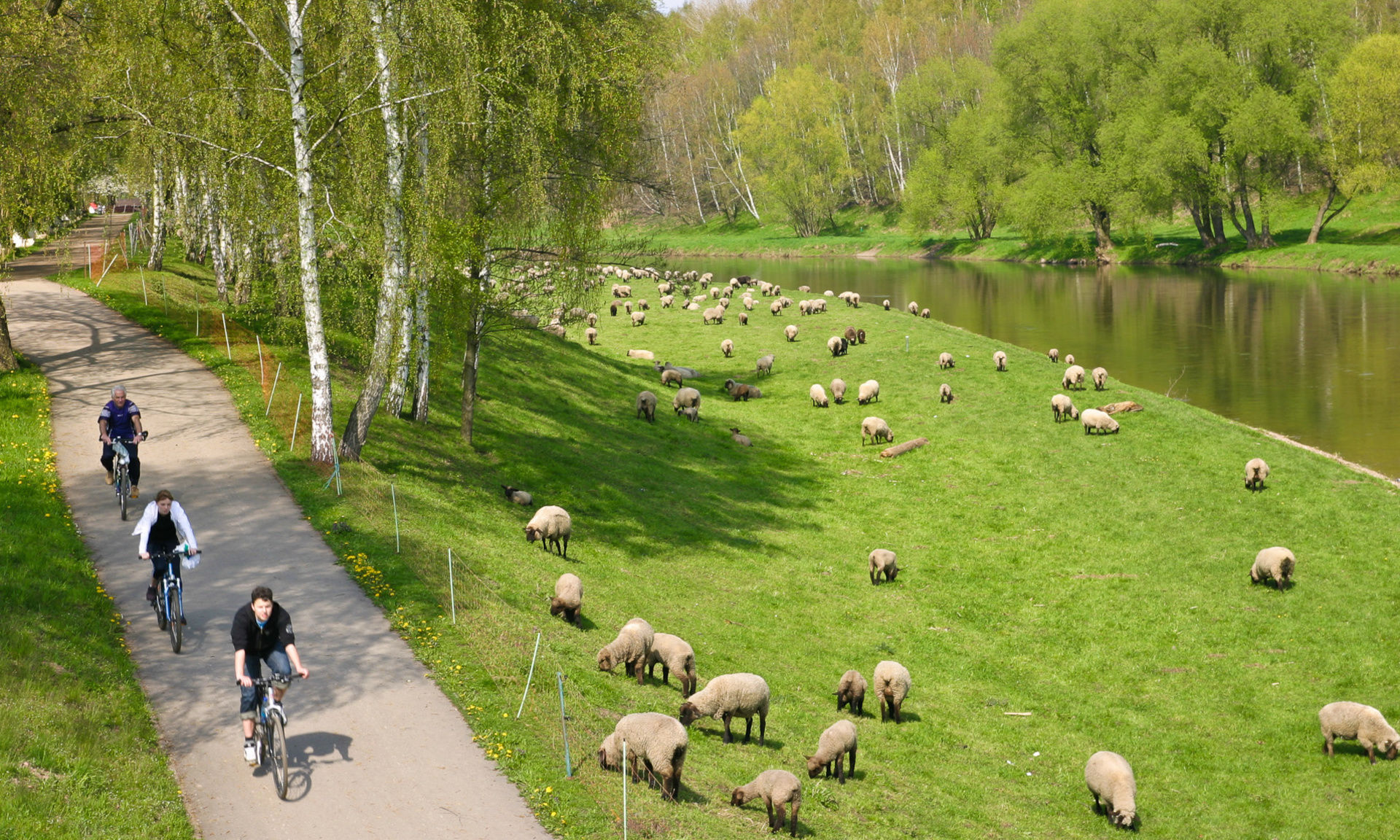 Relax in the middle of “green oases”....

Hiking, cycling, water sports - the area around Zwickau reveals a variety of opportunities for active nature lovers to enjoy the stunning scenery. Several parks and gardens are brilliantly suited to relaxing walks and cycling tours. The MuldeParadies along the river of the same name with its quiet areas, cycling and hiking tours and river stage is considered to be one of Saxony’s most beautiful public parks.

The Muldental impresses with its unspoilt nature characterised by gentle hills, dense forests and babbling brooks. You can find tranquillity and relaxation here, far away from every day hustle and bustle and noise.

You become a nature explorer in Zwickau by exploring the region’s most beautiful hiking trails. Immerse yourself in fascinating landscapes and relax in Zwickau’s magical Mulde and Pleiße valleys. The Grünfelder Park in Waldenburg is one of Saxony’s most important landscaped gardens in English style from the Enlightenment period.

On the Lutherweg and Jakobsweg trails you can feel the historical spirit that surrounds the centuries-old sites of the Reformation.

Other highlights for all ages around Zwickau are kayak and rubber dinghy boat trips on the Mulde as well as different swimming pools, e.g. the Planitz outdoor pool, the Johannisbad and the Crossen outdoor pool.

The town of Zwickau is one of Saxony’s leading centres for sport with roughly 110 sports clubs and almost 14,000 organised members.

FSV Zwickau is Zwickau’s football club. It was founded on 28 August 1912 and is currently in the third league. FS Zwickau’s new stadium on Stadionallee can be reached on route 3, Eckersbach Mitte stop. The route is directly connected to Neumarkt and is just a few minutes’ walk away from the hotel.

The shortest way to us